It’s a common question that many people ask and if you search the internet, you’re going to find a lot of misinformation. There are a lot of issues with the terminology that you use to describe your laser pointer which will automatically make it legal or illegal.

The correct answer is that no, laser pointers are not illegal to own. The issue comes from individuals selling high power laser pens/products and branding them as ‘pointers’.

Technically, I do understand where the FDA are coming from in their specificity. The term ‘pointer’ directly implies that you’re going to be pointing your laser at something, which is not something that you want to do if your laser pointer is particularly powerful.

So why are laser pointers thought to be illegal?

What does FDA compliant mean? Well, it will need to be of a certain quality and build to be considered as FDA compliant. The reason for this is that laser pointers can be ‘momentarily hazardous’ to others, so they must fit a certain criteria before they are approved.

There are many laser products available that are significantly higher than 5 mW in power. Some of these are advertised as pointers, and this is where the real issue lies. You may have seen laser pointers referred to by other terms like laser pen, which reduces the sellers liability in advertising a product.

If you have bought a non compliant laser pointer without knowing that it was above 5 mW or that it may not be FDA compliant, it isn’t technically your responsibility to hand this laser over. Ethically, yes you probably should give the laser up but you aren’t obliged to do so by law.

There are two main things that you should avoid doing to make sure that you’re not committing a criminal offence. They are;

Now in all honesty, this again depends on where you are living to determine whether this is illegal or not. But you really shouldn’t be doing either of these things anyway, so it’s best to avoid blasting your new laser pointer into the eyes of the first cop that you see.

When you purchase a laser pointer, there is undoubtedly a certain etiquette that you should adhere to. This includes not pointing your laser into other peoples eyes. Remember that it’s still illegal to injure someone – whether that be with your hands or with a laser pointer.

So if you’re shining a laser into someones eyes, then you’re certainly running the risk of causing them eye injury. This means that you’re certainly doing something that would be deemed as illegal, so you should avoid doing this altogether. Yes, the likelihood is that you won’t permanently damage someones eyes with a low mW laser pointer, but you shouldn’t risk this anyways.

Is this the same for all US States and globally?

No, the legalities most certainly vary depending on where you’re located. For example in New York, it’s totally illegal to sell a laser pointer to anyone under the age of 18. But if you’re in certain other states or in some countries in Europe, there are no regulations regarding age.

Europe, especially the United Kingdom, has taken an increasingly strict stance on laser pointers over the past few years. In the majority of Europe, the limit of power for selling laser pointers was reduced from 5 mW to 2mW. In the UK, this was reduced significantly down to 1 mW. This suggests that they are trying to limit laser pointer use solely to the classroom – e.g. using laser pointers for presentations – and nowhere else.

It’s the same situation in Australia, where you need permission to have a laser pointer with over 1 mW of power.

This is a shame, because the generally accepted etiquette is the same no matter what country you are in. Don’t shine your laser pointer at others (especially in the eyes) and don’t shine your pointer where it may cause damage (at an aircraft or a moving vehicle).

Whilst laser pointers aren’t generally considered as illegal, you can certainly make them illegal by your actions. If you act responsibly and respectfully when using a laser pointer, everything will be fine. But if you are asking yourself whether your standard laser pointer is illegal, then no, it isn’t. 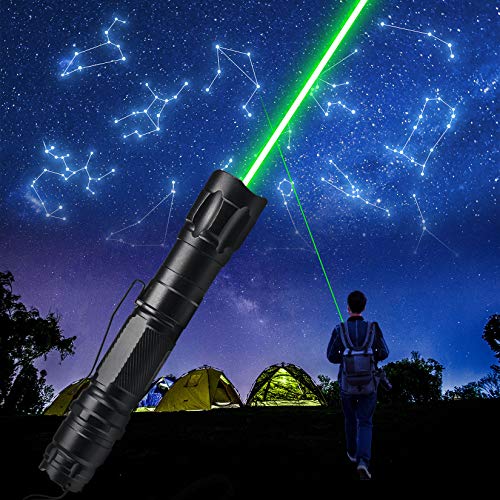