Canon and Brother are two of the best known names within the printer industry. If you’re looking at top of the range printers, then these two names are going to come up again and again.

But depending on who you ask, they’ll likely tell you that they prefer one brand over the other. There are some things you’ll want to take into account when considering the two brands and determining which one is a better choice for you.

Is Canon better than Brother, or the other way around? Does one brand win when considering budget printers, which should be enough for most people? And are they both relatively equal in terms of their quality?

Although you might not know it, Brother are actually one of the oldest brands within the printing industry. Starting with sewing machines in the early 1900s, they started developing good quality products in Europe in the mid 1950s and it wasn’t until 1987 that they released their first laser printer. Their customer service tends to be particularly good, which is something that might be important to a lot of people. The Japanese brand have become one of the most respected within the printing industry.

Canon are another Japanese brand that are known for producing a wide variety of different products – they are probably best known nowadays for their cameras more than anything else, but also for their printers and computing goods too. Whilst they are still headquartered in Tokyo, they have units all over America and Europe. Canon are one of the biggest brands in tech, and are continually purchasing brands smaller than them and branching out into different industries. Their customer service is okay – probably not as good as Brother, but better than HP.

Although there are a ton of other laser printers and alternative printers out there, the MFCL2700DW is certainly a pretty decent choice. If you’re looking for a monochrome printer, then this is one of the best options available.

It’s an All-in-One printer, which means that it can do pretty much everything that you want it to. Scanning and copying are easy with this printer, and it has a good scanning quality. It’s a good option if you’re looing for a decent laser printer that isn’t going to cost you a ton in printing expenses. 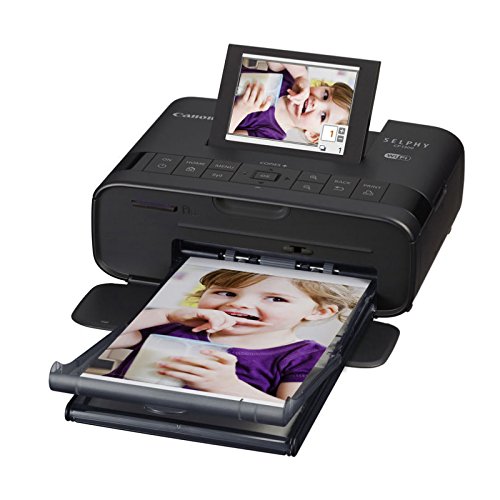 If you’re just looking for a cheap printer to print images from your Mac and your iPhone off of, then the Selphy is likely to be a good choice for your needs. It’s not the most advanced printer, but it’ll definitely get the job done. For laser printers, I’ve already said that I think Brother offer the better option, but you can look at the ImageClass if you want to stick with Canon – it’s one of my better printer choices.

This is an ideal printer if you’re looking for something easy and simple to use. There aren’t many other options that are as simplistic as this one. And whilst it won’t suit those looking for an All-in-one printer, that isn’t the best choice for some.

If you have a big event coming up, then the Canon Selphy could actually be a pretty awesome choice. It’s ideal for printing portrait photos, so for things like weddings and birthday parties, the Selphy is going to prove to be a decent choice of printer. It has the ability to print onto all different sizes and dimensions, however you will need special Canon paper for this to work.

Overall, if you’re after a nifty printer to use with your iPhone, then this is undoubtedly one of your best choices.