Dell and Lenovo are some of the most popular laptop brands that are currently available. Whilst they’re both extremely popular, usually people choose to go for one brand and stick with it. It can be difficult to know which one would be the right choice for your needs.

For many people, Dell are the better choice if you have more cash to spare. But for those on a tighter budget, then Lenovo are the better choice, as they provide a more cost effective option. Dell can be expensive, so Lenovo might prove better for those without the same budget. However, this isn’t necessarily true for all laptop series that these two brands release.

But if we’re comparing the two, then which brand is better overall? And if you’re trying to decide between the two, which one would make a better choice? Well, we’re going to take a closer look at both Dell and Lenovo.

Dell vs Lenovo – Which Brand is best?

If we’re comparing the brands Dell and Lenovo, then it’s generally agreed that Dell is the better quality brand. However, their products are a lot more expensive than Lenovo. So if you’re looking for the best value for money, then Lenovo is going to be the better choice of the two.

This is just looking at the two brands with a brief overlook though. To really understand them both, then we need to look closer at the brands, as well as the models that each of them have released in recent years. Let’s run through the pros of each brand, then compare their best laptop to each other to see which is better.

In terms of style, there really isn’t a lot between the two. They’re made for practical use above all else, so if you’re looking for something that looks good, then you’ll want to look at a completely different brand, perhaps HP. I’ve also compared HP to Lenovo in another article.

Both of these brands are generally made for office and business use above all else, so neither are really suited to gaming. There are other brands out there that are better if you’re looking for a gaming laptop – most people generally start with Alienware, as they generally have better graphics processors (like Nvidia Geforce

To compare the two, we’re going to look at two of their most popular models which are the Thinkpad X1 Carbon and the XPS 13 9370. I’ll go through each element of the models and let you know which is best – they retail at a similar price, though the Dell is actually a little cheaper in this case.

Between these two laptops, it’s clear to see that the Dell is the winner in the majority of ways. Seeing as it retails at a cheaper price than the Lenovo, this is particularly impressive. However Thinkpads do hold their own as they’ve become one of the most popular laptops for businessmen. 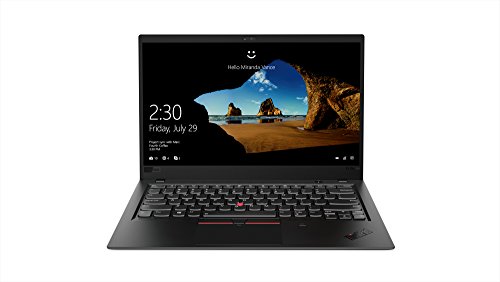 The Thinkpad X1 Carbon has consistently been thought of as one of the best laptops for office workers and business use in the last year or so. If we’re looking at some of the finer points of each laptop, here are a couple of things worth considering which stand out when using the X1 Carbon.

The first thing that I noticed when using the X1 Carbon is the display on it is really second to none. The 1920×1080 resolution will be a massive step up for you if you’ve used a smaller resolution screen prior, and the color reproduction is just awesome.

Another thing that I immediately noticed when I started using the Carbon is that the keyboard is very responsive. To the average user, you might not notice this as a massive difference in comparison to other laptops out there. However, if you spend the majority of your day typing (like I do), then a responsive keyboard is going to be one of the more important things that you’ll want from your laptop. You are going to have to get used to the alternative trackpad on the X1 Carbon, but once you do get used to it, you’ll appreciate how precise it is.

Along with the great keyboard and color display, I also like decent battery life of the X1 Carbon, how lightweight it is in comparison to other laptops, and it’s generally sleek design. It’s easy to see why it’s been commended as the best laptop of it’s type the past year or so, and it will probably continue to be one of the best on the market for the next few years.

It’s only fair that when we’re talking about all these good things that the X1 Carbon has to offer, we mention some of the negatives about it too. The main thing that I’ve noticed when using the X1 Carbon is that the audio from the device itself is just really poor. I use headphones with my laptop most of the time, and if I’m playing music, then I’ll connect it to my Google Home. So, this isn’t really much of an issue for me personally, but it’s still worth being aware of.

Another negative about the X1 Carbon is that the webcam is poor quality too – seeing as this is primarily a business laptop, you’d have thought that more effort would have been made into ensuring that business calls would be clear and crisp. However, it’s not good so if you need a high quality webcam experience, you might need to purchase an additional cam.

Overall, the Thinkpad Carbon X1 represents one of the best business laptops that’s currently available on the market, and it’s a great example of what Lenovo have to offer. If you’re looking for an office laptop, then there isn’t many better on the market at it’s current price. 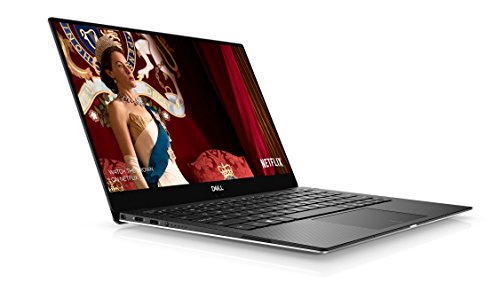 One of Dell’s best selling laptops of recent years is the XPS 13. The XPS series was originally designed for businesses as opposed to consumer purchase, but nowadays it’s as popular for individuals as it is a business purchase. The XPS 13 9370 is one of the most acclaimed laptops of the past year, so it’s only fair that I compare it to the Carbon X1, which is another highly popular laptop in 2018/2019.

If we’re looking at things from a purely performance perspective, then the XPS 13 is one of the best performers out there. The only I’ve used is the regular model, which has a Core i5-8250U processor, 8GB of RAM, a 256GB SSD and a 1080p non-touch screen. However, there is a premium model which has an i& processor and a 4k touchscreen if you want something a little better.

Another positive about the XPS 13 is that it has a really good battery life – the amount of battery life you’re going to get out of it will largely depends on whether you’re using a high resolution USD screen or a lower resolution FHD screen. If you’re using the UHD it will typically last around 8 hours, whilst you get a few extra hours if you use the FHD screen. However, this is decent enough for an Ultrabook and is better than the majority of others out there on the market. If we’re comparing the battery life to the X1 Carbon, then you’re going to get n extra hour of battery with this model (based on both models using a 1080p resolution screen).

As well as the performance and the battery life of the XPS 13 9370, I’m also pretty impressed with the design of the laptop itself. Some people aren’t massive fans of the thinner ultra slim design, but for me it helps to ensure it’s portability and place amongst the other top laptops that are out there.

It might just be a personal preference after my years of using gaming keyboards, but I much prefer a keyboard when it is fairly responsive. One of the problems with this model is that the keyboard is fairly shallow, so when you’re using it, you can end up missing strokes quite easily and it can get pretty frustrating. This isn’t so bad for hunt and peckers, but for touch typists this will end up getting a little annoying. Aside from this, I really didn’t notice too many other things about the XPS 13 9370 that I didn’t like.

When buying a laptop, the customer support you receive from each brand is undoubtedly a big factor. The reason why brands like Apple and Intel have grown is the services that they provide have good customer support. So when comparing these two brands, is there a dramatic difference between the two?

Drastically, I’d say no, but I do think that you’re going to get better support when you buy a Dell laptop (from my experience). I’d love to hear from others below about how you’ve found Dell & Lenovo over the years, as I’ve owned both and they’ve been generally good, but Dell have always gone that extra level for me.

Is Dell better than Lenovo?

Some people who have been in computing for a long time might tell you that Dell are better, but they’re probably attached to the brand. Generally, in terms of quality these two brands are very similar to one another. However, Lenovo’s are typically cheaper, therefore offer better value for money.

Why are Lenovo laptops so cheap?

One of the reasons why Lenovo laptops tend to be quite cheap is that they’re made in large quantities in China, and assembled there too. Their position in the market is a premium brand that are a little cheaper than the rest (Dell, Apple, HP).

What are the worst computer brands?

Generally, the worst big name brand is probably Acer, as it’s known as being the cheapest. However, this might be a little unfair. All brands have good models of laptop, and bad laptop models too.

Which Dell series is best?

There are many different Dell series to choose from if you’re looking for the best. However, most people would agree that their XPS series is one of the better series that’s been released in previous years.

If you’re wondering because they’re relatively cheap, are they unreliable, then don’t worry – Lenovo laptops are still very reliable. In fact, their Thinkpad range is often voted as one of the best around, so it’s definitely worth looking at this range if you want a reliable laptop.

Overall, I like Dell a lot but it’s really difficult to argue with Lenovo being the better option for most people. Aside from being rated the best laptop brand by most people, they provide great value for money, which puts them ahead as first pick for the majority of people.

For office use or for students, Lenovo provide a great cheap alternative to other more costly brands like Dell. However, as I’ve owned a few Dell’s in the past, I can say that you wouldn’t regret opting for them in the long run., but prepare to make a bigger initial investment and an overall bigger cost.