Whether you use laser pointers for fun or they’re actually part of your job, then you’ll want to know the symptoms of what may occur if you do get caught in the eye with a laser pointer.

Due to the regulations that have been placed on laser pointers in recent years reducing their legal power output, the likelihood is that you’re not going to experience any drastic damage from a low mW (milliwatts) laser pointer.

Firstly, I should say that the most common symptom that you’re going to experience from getting hit in the eye with a laser pointer is being flash blinded. This isn’t permanent damage, and is more than likely nothing to worry about. It’s merely your eyes reaction to being hit in the eye with something extremely bright, like when you walk outside and the sun is brighter than it was indoors. Or, when you take a picture of yourself and you leave the flash on your camera on accidentally.

This will gradually fade, usually after a few seconds but it can last as long as a few minutes. It’s essentially caused by the oversaturation of the retinal pigment. This is the most common symptoms of getting hit in the eye with a laser pointer or consequently, any bright light.

What kind of injuries can occur?

Well, the main reason that such heavy restrictions were imposed on laser pointers in the first place is not because of the direct damage that is caused by them. It’s by the damage that can be caused as a result of the more common side effects that you might experience from this. Specifically, flash blindedness.

Of course with flash blindedness, you vision is temporarily impaired for a period of time. This isn’t an issue if you’re stood still, but it becomes a huge issue if you’re doing something e.g. flying a plane. If you’re flying a plane or operating a vehicle, then of course the risk becomes increased – especially with flying a plane, as the windows that are used for the windshield of planes will actually amplify the lasers brightness.

If we’re talking about injuries that can occur directly from the laser, then the most common injuries are caused to the retina of your eye. This is likely to be classified as a retinal burn or a retinal lesion. Unfortunately, this is impossible to diagnose yourself and you will undoubtedly have to see a specialist who can examine your eye further.

What is retinal damage?

Unfortunately, retinal damage has increased a lot with the increased use of lasers. Not just laser pointers, but many lasers are now being used in the workplace and elsewhere, too. Lasers can cause visual impairment and permanent damage to the retina.

The eye is particularly vulnerable to the damage of lasers. This is because the laser is super focused into a beam, and when that beam hits the eye, a light is transmitted and imaged onto the retina. This exposure can occasional cause a retinal lesion/scotoma.

Generally, there is a lack of treatments that can help to heal this type of retina damage and many courses of action choose to leave it to heal itself. This is normal, but it doesn’t mean that you should avoid seeking medical help. If you’re dealing with this sort of issue, then it can be a good choice to go and see a specialist to do this. They may choose to opt for some form of steroid or oral treatment if your injury is particularly bad.

If you are using a low mW laser pointer (like the type of laser pointer you use for astronomy), which the majority of people are, then the likelihood is that you have nothing to worry about. If you just catch your eye for less than 0.25 seconds with a laser pointer of 1 mW, then you aren’t going to cause any permanent damage by doing this and the worst you’ll be dealing with is flash blindess.

If you are using laser pointers over the legally allowed power output, then do so at your own risk. You could cause permanent retinal damage through doing so, so make sure that you’re being careful whilst using your laser pointer.

Real eye damage is unlikely to occur from using a laser pointer as long as you are careful of yourself and those around you. 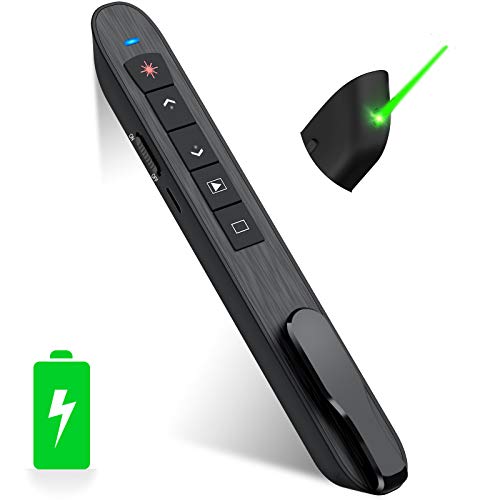