When you’re considering entry level cameras, you’re generally going to be looking at two brands; Canon and Nikon. And whilst the Canon EOS Series is proving as popular as ever, Nikon’s D Series is still the one to beat. Two of their most popular cameras from recent years are the D3400 and the D5300, and recently Nikon also released the updated Nikon D3500. But to the novice, these numbers really mean nothing. So, what are the differences between the cameras and what’s the best option?

Well in all honesty, all of these cameras are still suitable for beginners and they’re all within a similar price point. In my opinion, if you’re on a tight budget then you’re best off finding a good deal on a used Nikon 3400. There really isn’t enough justification to opt for the D3500 unless you have the extra cash, and if you already have the D3400 or even the D3300, then it’s certainly not worth the upgrade.

But, there are other things that we’ll need to consider about these different entry level DSLR’s that may make them less or more suitable to your needs. Do you need Bluetooth? Is cost a factor for you? What about weight and portability? I’ll take all of these into account when we look through what these different cameras have to offer.

After Nikon turned years old 100 in 2017, and although nowadays they are best known for their cameras, they have a wide variety of different products. Though they were born during the first world war, it wasn’t until after the second world war that Nikon released their first camera.

When you think of DSLR cameras, you only really think of two brands, especially for entry level cameras. Nikon and Canon rule in terms of DSLR, though interestingly enough Sony Mirrorless camera have become increasingly popular in the last year or so.

But, Nikon seem to have carved their own way in the camera industry and have continued to offer us a wide variety of cameras to choose from, with the D Series being ideally suited to beginners.

Some people say that cameras age similar to dog years – for every 1 year of human life, a camera has aged seven. This basically means that you continuously need to update your cameras, as new technology often leaves the older versions in the dust. This isn’t necessarily true for the D5300, which was released back in 2013 and has proven to still be one of the more popular cameras to date.

Now entering into 2019, the Nikon D3500 has been released as the poster boy for Nikon’s entry level DLSR’s – by entry level, you’re talking about anywhere between $350-600. To many people that might not seem like entry level prices, but that’s what’s considered entry level in photography today – it’s not made for the poor!

Anyway, the D3500 has been released recently and it’s difficult to gauge peoples reactions to it. As an entry level camera, you can’t expect it to do too much, and sometimes people have some unfair expectations when considering the new Nikon’s. But, is it worth investing in a D3500 if you’re new to the game, or should you try and pick up a used D3400 for a cheap price?

The D3400 has been the go to entry level camera since it was released in 2016, with it’s main competition being from Canon’s EOS range. It’s a good balance of quality and cost, which is essential for those looking for their first camera. I originally started looking at the D3400 when I was looking for a good astrophotography camera for my son.

There are a few reasons why the D3400 has been heralded as the go to camera for newbies over the past few years. One of the main reasons for this is because  if it’s simplistic design and functionality. The D Series in general make it very easy to use and understand how to use the functions in a camera, which is important when you’re appealing to the masses.

Another reason that the D3400 is popular is due to it’s battery life, which is particularly impressive when comparing it to cameras of the past. It’s 24 megapixels, which is more than enough to portray an image for an APS-C sensor camera.

At the end of the day, a camera is designed to take pictures with simplicity not a necessity, but a want for most users. This is especially true for beginners, who don’t want to be overwhelmed with settings and overbearing features. So if we’re looking at it like that, the D3400 is one of the best beginners cameras on the market.

Although to the naked eye these cameras appear to be pretty much the same, there definitely are some updated to the camera itself. Firstly, the D3500 is significantly lighter than the D3400, by just under 50 grams (okay, significant in camera terms, not actually significant). Secondly, the grip of the D3500 has been updated and made a little bit deeper, which should enable you to get a better grip of the camera itself.

There’s been a complete menu overhaul of the D3500, so that now all of the buttons are positioned on the right hand side of the camera. This is assumedly for usability purposes, and gives the possibility of being able to use the camera with one hand. The D3500 also has an increased battery life when compared to the D3400, too.

Overall, there really isn’t too much of a difference between the camera, especially when looking at the specifications of the camera itself. So, there’s no need to upgrade to the D3500 if you’re already the owner of a D3400.

I have friends that actually prefer the D5300 to the D3400 and I wouldn’t argue with them in saying it’s a better camera for them. The reality is that the image quality in these cameras is always going to be very similar, but the real differences comes in their functionality. Even with the next level up of Nikon cameras (the D7’s), you’re not going to get too much of a difference in the quality of the image itself.

The D5300 is the olde version of the D5500, and you’re probably wondering what the differences between them are. Well in short, the D5500 has an additional touchscreen, which does help you navigate the camera. Probably the most common criticism of the D5300 is that it’s too difficult to navigate in comparison to other entry levels.

Overall, the D5300 is a fine choice if you’re looking for an entry level camera. But I’d opt for the D3 series if I was getting into photography again, as I find it much easier to use.

If you’re going to choose one of these cameras new, then I’d opt for the D3500. This is because it’s not going to be too much more expensive than the D3400, which is good considering it’s 2 years newer. The D3500 is smaller, lighter and sleeker than the D3400. But from a specification perspective, there isn’t a great deal of difference between the two. That’s why I recommend that if you find a good deal on a D3400, you should take it.

Another reason why I like the D series is that it can suit pretty much every need easily. Whether you’re using it for wedding photography, hobbies photography or like me, you’re more interested in astrophotography (for this, you’ll probably need other astrophotography equipment along with this camera). But as a multi use camera, the D Series is where you should be looking. 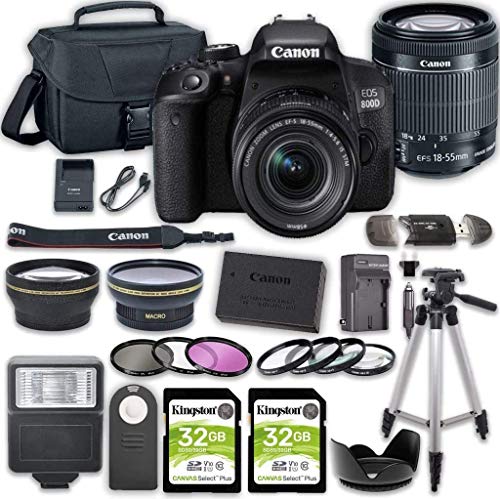