It’s 1997. The iPhone won’t be released for another 10 years, and the majority of people walking around don’t have any sort of mobile phone in their pocket. You read the newspaper when you wake up instead of checking your phone, and you read a book before bedtime instead of scrolling your Twitter feed.

Along with the Pokemon craze in 1996, this wasn’t the only thing to come out of Japan towards the turn of the millennium. I’m talking of course, about one of the biggest toy crazes of the last few decades. Yep – the tamagotchi.

Bandai released the Tamagotchi in Japan in 1996, and by 1997 it spread throughout the rest of the world like wildfire. The chance for parents to subdue their children with a virtual puppy as opposed to being forced to get a real one was apparent. And before you knew it, half the kids in the playground had their own Tamagotchi to use and take care of.

With almost 100 million Tamagotchi’s sold worldwide, it’s no surprise than Bandai re-released the product recently. Though it’s without much altercation – it’s pretty much the same old tamagotchi you may have been used to, with a little adjusting to bring it up to date. You can almost smell the nostalgia in the air.

It’s hard to say exactly which is the best tamagotchi, as many of them have similar features. Of course, you also have many of the competitors that popped up when tamagotchi gained traction like Giga Pets – before we knew it, virtual pets were everywhere. But nowadays, which is the best tamagotchi to go for? Should you opt for the old original Tamagotchi, or are there other options that are better than the original?

Well, let’s consider some of the options that are available to you right now if you’re looking at tamagotchis for yourself or your kids (but lets be honest, it’s really for you).

It’s not hard to find the original tamagotchi online – and yes, it’s exactly the same as it was all those years ago! Depending on which tamagotchi you buy, it will represent a different generation of tamagotchi, which will have slightly different features.

This one follows the same path as the old tamagotchi. You need to raise and nurture your pet until it becomes an adult. And depending on how good of a job you do, will determine what adult pet you end up with! There are 7 different ending scenarios that you can get, so it’s important to make sure that you make the right choices with your virtual pet.

It also has a nifty character game, where you’ll have to guess which way the tamagotchi is going to move. It’s a great idea for kids, and a good way to bring back some of the memories of the old tamagotchi you may have once had. 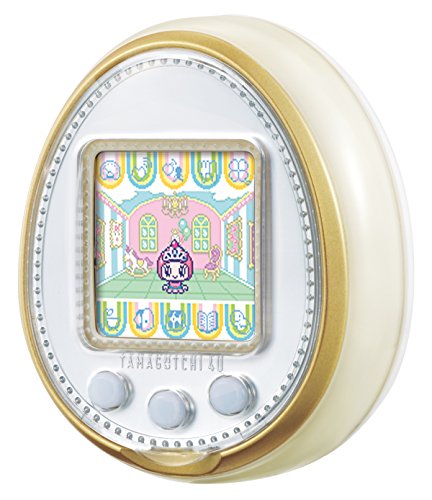 The good thing about this tamagotchi is that if you have the right phone, you can connect it to it and download things online. This is pretty cool, and it does make it much different in comparison to other older tamagotchis. You need to train your tamagotchi in a variety of different areas, whether that be get ready for bed, cleaning or even using the restroom!

The main issue with this one? Everything is in Japanese. And nope, you can’t change it. Whilst you might think that this makes it unusual, it really isn’t that difficult to get the hang of things, as the interactions with your pet are going to be using the buttons, which are pretty self explanatory. Still, for a younger child, this 4u Tamagotchi may be a little confusing. 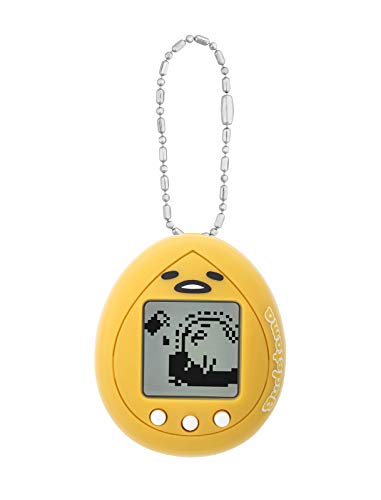 There are a few special releases of new tamagotchi that are being released. After the Eevee pokemon tamagotchi was released for a super short period of time, you can also find other versions of the tamagotchi which may make your child scream with joy.

My personal favorite is this Gudetama tamagotchi, largely because the character of Gudetama itself is so awesome. If you look online, you can actually find some gameplay of how the tamagotchi works, which is super cool.

Although Giga Pets never quite reached the same levels as tamagotchis did, they’ll still bring back some nostalgia for a lot of people. As soon as tamagotchis took over, Giga Pets seemed to follow and definitely had their fair share of the market.

Overall looking at it now, this new Giga Pet is the same as the old one and it isn’t that impressive. However, it does get significantly better if you add in the fact that you can use it with your smartphone. This gives you the ability to use it with augmented reality, which in itself can be a fun experience. If you’re not going to use it with your smartphone however, then this might be one that you’re going to want to avoid.

How long do Tamagotchis live?

Although it’s different for different models, tamagotchis generally equate 1 day to 1 year in human terms. So as a  virtual pet, the maximum that your tamagotchi can live is 20 something years, or days in real time. Of course, many tamagotchis don’t live that long due to neglect and mistreatment!

When do Tamagotchis evolve?

Depending on your tamagotchi, then can evolve as quickly as within a few days. This is provided you take proper care of it, which is essential for your tamagotchi to grow.

Overall, a tamagotchi pet can be a fun way for you to bond with your kids. It gives you a chance to show them a taste of your childhood, in comparison to their which is likely filled with smartphones and tablets. Whilst you might not think that tamagotchis are going to be entertaining in the present day, they’ll still prove entertaining, especially for younger children. If you’re after another stocking filler for Christmas, then a tamagotchi can be an awesome addition that most children will love.