I don’t think that anyone is going to argue with you that Thrustmaster make some of the best racing steering wheels for any game console. Period. Two of their main models are the T150 and the T300, which are both extremely popular. Of course, the T300 is significantly more expensive than the T150, which begs the question; is the additional price worth it?

The answer is that the T300 is significantly better than the T150, which is why it has a far heftier price tag. Whilst not for the casual gamer, the T300 is one of the top steering wheels on the market and if you have the cash, you’re not going to regret your purchase.

So, we’ll have a look at the two models to try and find out just why the T300 is so much more expensive than it’s little brother. This way, you can decide what the better option would be for you, because not everyone needs a super expensive steering wheel. 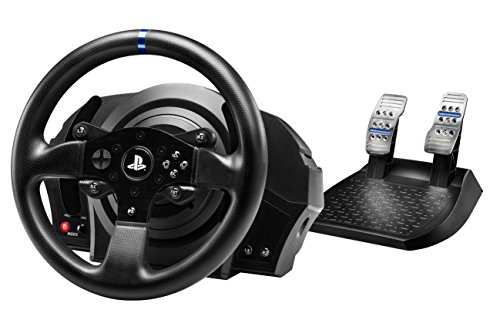 It has to be said that the T300 is the one to beat at the moment if you’re looking for a PS4 steering wheel. There aren’t many other options that can compete with it, but we’ll run through just why the T300 is a solid option.

Firstly, like I said it’s ideal for using with the PS4 but you can use it for the PC too. It’s set up to work best with the PS4 however, mainly because of the buttons featured. As well as the standard PS4 D-Pad, it has 13 actions buttons that work with the PS4 to give you those awesome controls.

Secondly, another of the main differences for me between the T300 model and the T150 is that you’re going to get a far more realistic experience. The metal pedals give your a more realistic experience that if you were to use the plastic pedals that come with the T150, but not only this. The technology used inn the T300 is undoubtedly greater, and you’re going to get a lot better Force Response from their 1080 dual belt system which helps t provide a more interactive experience.

You get the option with the T300 to opt for a variety of different types of wheel – if you’re willing to pay a little extra, you can find the Gran Turismo version. And if you want to pay a little more than that, then you’re going to get a Ferrari version which makes an excellent Christmas present for any Ferrari enthusiast.

Overall, the added features of the T300 make it an awesome option if you’re after an awesome PS4 steering wheel.

If you want a more budget friendly steering wheel than the T300, then you can look at the older version – the T150 – as an alternative. For the most part, it’s at least one or two hundred dollars cheaper than it’s older brother, which is attractive for those of us looking for a bargain.

Although the T300 is better, that doesn’t mean you should disregard the T150 entirely. For the casual gamer, it might well prove to be a better purchase. It still has the same Force Feedback system that you get with the T300 and it’s still extremely impressive.

As I said earlier, in terms of functionality the pedals work pretty much the same with both models. The T150 just lacks the pristine finish of the T300, but they still function and work the same. It also has the same paddle shifters, so there really isn’t a dramatic difference between the two models.

Overall, I’d still advise anyone looking for their first steering wheel to consider the T150. It’s a great steering wheel and it would make an awesome gift. Although it’s not quite as awesome as it’s older brother, this doesn’t mean that it’s not still one of the top steering wheels on the market.

Although they are similar, there are some key differences to note between the two models.

Overall, there’s definitely nothing wrong with the T150 and it’s an awesome steering wheel – it would make a great gift, especially for younger children who might not appreciate the T300 at it’s full ability.

Though if you want the premium driving experience from your own home, then you’re going to want to opt for the T300. It provides a more interactive experience, and the quiet but noticeable Force feedback is particularly impressive to those who want to feel like they’re really driving. If you want the best of the best, then the T300 would be a better option for you.

All in all, these are both two of the best steering wheels available on the current market along with the G29, and you shouldn’t dismiss either of them too easily. They both work well; but if you want the creme de la creme, opt for the T300. It’s the better option of the two, and although it’s more expensive, you’re going to have a better driving experience with it. 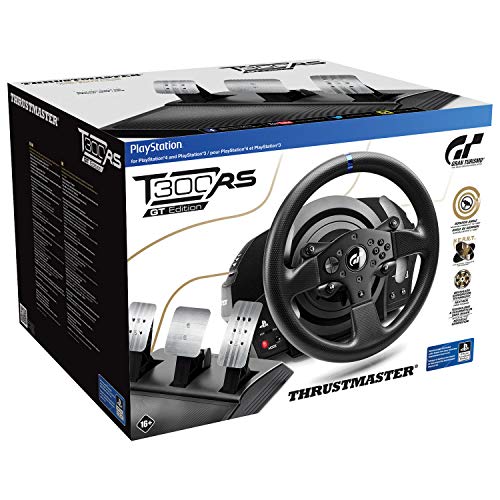