As a laser nerd kid, I often wondered whether a laser pointer may have an effect on things like security cameras and glass as a kid. I probably picked this up from watching too many action and sci fi films! But as I grew older, I started to realise that a lot of the sci fi movies exaggerated the power of lasers.. or did they? Could a laser pointer really be powerful enough to damage a security camera?

The correct answer is that yes, if a laser pointer is powerful enough it could easily damage a security camera. Unfortunately for us, none of those lasers powerful enough are legal to purchase in the US or Europe.

The reason being is that the majority of countries now have a maximum power output for lasers being sold. In the United Kingdom, this is now limited to 1 mW. In the US, this is now limited to 5 mW. This is certainly not enough to do any sort of damage to a security camera. If you want, here’s an example of a guy trying to disable his neighbours security camera with what looks to be a low powered green laser pointer.

It is far more difficult to damage something like a security camera than you make think – though it’s certainly not impossible.

If you were to get a higher powered class 4 laser and point it at a security camera from within a certain distance – not miles away – then you would almost certainly have an effect on the security camera. Although you would need to keep the laser rock steady for several minutes to really do some damage – for this you’d need a laser mount. This would help to keep the laser focussed for a prolonged period of time to burn out the CCD of the camera.

Using a laser is not the best method for damaging a camera security system, especially as we generally don’t have access to high powered laser pointers anymore.

Of course, I’d never advocate damaging other peoples property and if you’re having issues with someone setting up security camera around your house, you should call the police first. If someone is encroaching on your private space, then the likelihood is that law enforcement will make them take it down.

It’s also worth mentioning that higher end security cameras are extremely difficult to actually damage. This is because they’re specifically designed to survive, even in extreme weather conditions.

The first way that you might disable a security cameras view is to use spray paint. Of course, this means that you’ll need to get within a certain proximity of the camera. That may not be an issue if it’s a cheap camera, but the majority of laser security systems nowadays will have some sort of alarm that goes off when you get near to the camera.

Another way to disable a security camera is by using a LED light – this won’t actually damage the camera, but it is a good way to obscure the lens from watching you. Aside from actually getting to the system from the mains, these are the only options.

Overall, if you’re dealing with someone who’s placed a security camera somewhere that you’re unhappy about, you either have to talk to them directly or report them to the police. Using a laser pointer to destroy a security camera is not going to end well for you, as you’re unlikely to find a laser strong enough to do this (and it’s destroying personal property too). 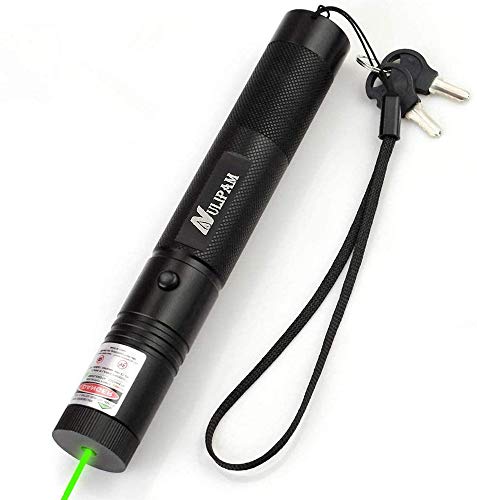